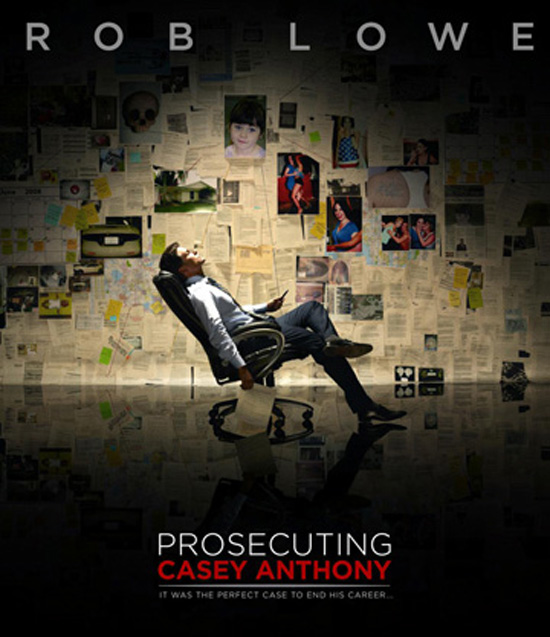 What’s your favorite Rob Lowe character? Is it Sodapop Curtis from The Outsiders? Or that other rebel, Billy Hicks, from St. Elmo’s Fire? Or how about something a little darker, like Rob Lowe in Hotel New Hampshire? And although I’ve never seen The West Wing (What? I’ve been saving it for a rainy day), I hear he did a bang-up job on the Bartlet campaign. And do you watch Parks And Recreation? Because I hear he’s on that, too. You know what you’ll never hear? “Rob Lowe was terrific in that made-for-TV movie.” Why? Because a made-for-TV movie is, by definition, terrible television.

Look, I know that actors have bills to pay. And especially Rob Lowe, whose promising career took a turn for the squicky back in 1989 when it was revealed he made a sex tape with a couple of women, one of whom turned out to be a sixteen-year-old girl. But is that sweet, sweet cash worth the embarrassment of finding yourself emoting in a Lifetime Original Movie? Probably not.

Lowe’s latest offering is a gripping portrayal of Jeff Ashton, the Florida prosecutor in last year’s news chum hootenanny known as Prosecuting Casey Anthony, a movie about the case against Casey Anthony, the mother who *cough* allegedly killed her two-year-old daughter, Caylee, and dumped her remains in the woods near their Florida home. The movie is based upon a “best-selling” book, and the “best selling” book is based upon the case, so the movie is sure to be an accurate depiction of the legal process and [spoiler alert!] Casey’s acquittal of the first degree murder charges.

I’m sure Rob Lowe will look gorgeous, and his blue eyes will sparkle, and his perfectly square jaw and sweet-with-a-dash-of-gravel voice will make the ridiculous words he is contractually obligated to speak sound like they’ve bounced off of angels’ wings and landed on a big, soft pile of yummy. But I must caution you that you’ll never, ever get those precious hours back.

Prosecuting Casey Anthony will air some time in January, 2013 on Lifetime. Click here for a preview of the terribleness.