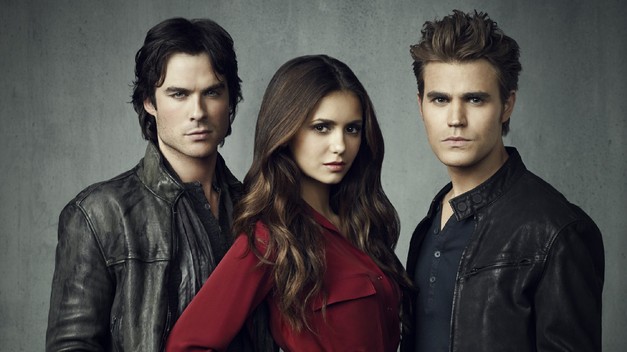 So pretty. So very, very pretty.

The first time I watched The Vampire Diaries, I was like “what is this crap?” There were teenagers and vampires literally reading ALOUD from their diaries.

Her: Dear Diary, I met him today, he is so amazing! Too bad my parents just died and I am filled with angst.

Him: Dear Diary, she smells so good, I want to eat her, I love her. Too bad I have so many secrets.

Oh, sweet bebe jesus it was awful. All I could think was “is it Twilight? Is it My So Called Life? WTF is it?”

But I stuck with it. Why, I don’t know. Was it Ian Somerhalters’ dreamy blue eyes and ironic humor? Perhaps. But there is also Nina Dobrev and her soap-opera-worthy doppelganger performance. Not as enticing but almost tiara worthy.

The real draw of the show though? The tight story arcs of the supporting cast. They find a character and then BOOM!!! Blow it up and turn it around.

And there is a sexy, flirty, attractiveness to the show, with enough humor and pathos mixed in, that I watch. I’m not saying that the dialogue is West Wing tight, or that the attractiveness of the cast doesn’t border on Arrow-like improbability…but I like it! Especially since it is Thursday night and I can accompany it with pizza and a nice malbec.