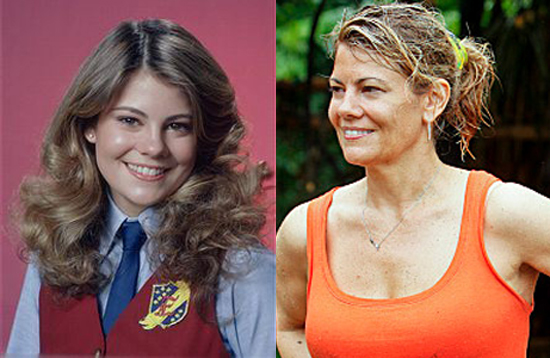 As three of you may know, I watch Survivor religiously. Like, every episode of every season. And, as a [mumble mumble]-year-old woman, I’ve also seen every episode of every season of The Facts of Life. So when  Lisa Whelchel hurled herself onto the beach of Survivor Philippines, I let out a bit of a squee. But you know who didn’t care? Everyone else on the beach. And I don’t get it.

The Facts of Life was on the air from 1979 to 1988, and Lisa Whelchel played Blair Warner, the pretty rich girl, the entire time. The cast was amazeballs, and at various points included Molly Ringwald and George Freaking Clooney. The Facts of Life should also be celebrated for its complete lack of child star tragedies. While the young cast of Diff’rent Strokes, the show that The Facts of Life initially spun off of, produced a rap sheet taller than Gary Coleman in Dana Plato’s stripper heels, the four ladies on The Facts of Life steered clear of a jail cell and went on to lead productive lives. Sigh. Mrs. Garrett should’ve never left those Drummond kids.

To be fair, Mike Skupin and Jonathan Penner, both 50-year-old men and returning players to Survivor, recognized Lisa immediately and acted like giddy teenagers at a  One Direction concert. But there are plenty of others on the beach in the age zone sweet spot who are bafflingly oblivious to the child star in their midst.

So here’s hoping that the inevitable Bring Your Loved Ones To A Reward Challenge episode includes Kim Fields trying to roller skate on a beach, because these people need to wake up and realize that they are sharing a makeshift hut with the very best hair flipper in the world, Blair Warner.