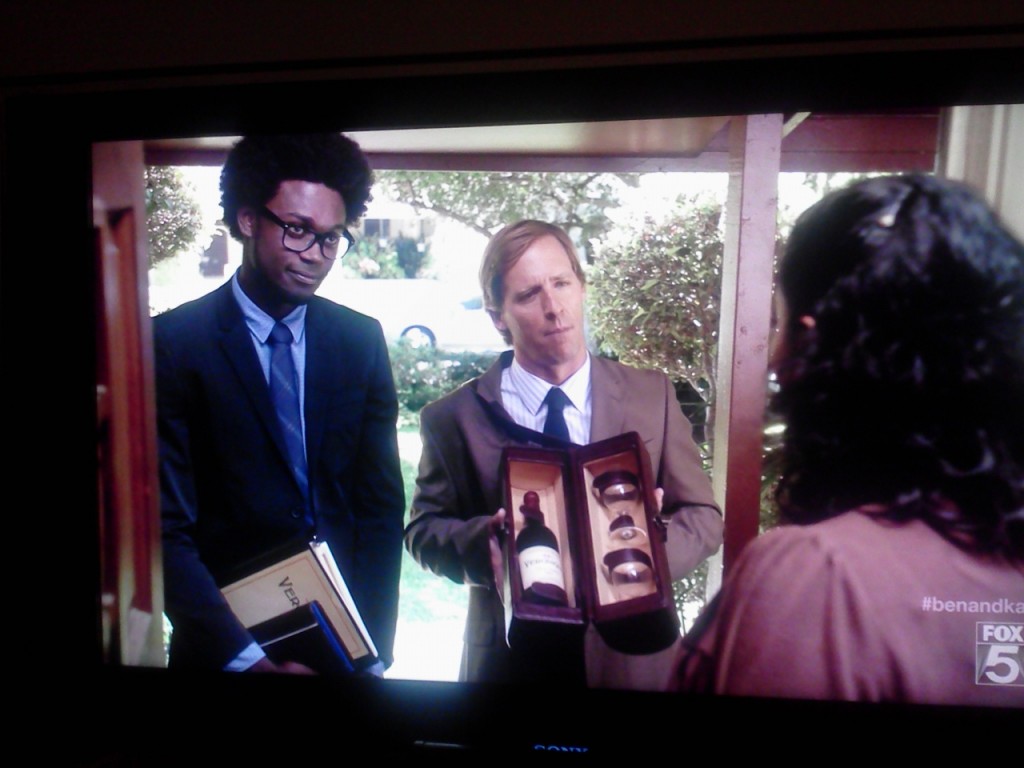 Oh yeah baby, pour me some of that Veronique

So I got home from my first ever parent/teacher conference, kicked out our superlative nanny, poured a glass of wine and turned on the tube. Lo and behold! A terrible show I’ve never seen before. Ben & Kate.

Now, I am not sure what the premise of the show is – like so many shows I end up watching – but it seems to be a happless-adult-brother-and-sister-suddenly-stuck-living-together sitcom. In the spirit of Kelly and Bud Bundy ten years after Married…With Children, only probably less funny. And Kelly has a kid. Blah blah blah, *whatever*, and I was about to tune out, when the show became totally meta.

Ben, who apparently has no real career, decided to sell wine.

I sell wine (among many other things that I do) so, naturally this plot twist sucked me right back in.

Now, selling door-to-door, under the radar of the liquor licensing authorities would be SO MUCH EASIER THAN HOW IT REALLY WORKS! You know, with licenses and regulations, paperwork and whatnot.

Was it funny? Mmmmm maybe it was trying too hard. But it felt so TRUE! Just kidding, it was terrible. Truly terrible.