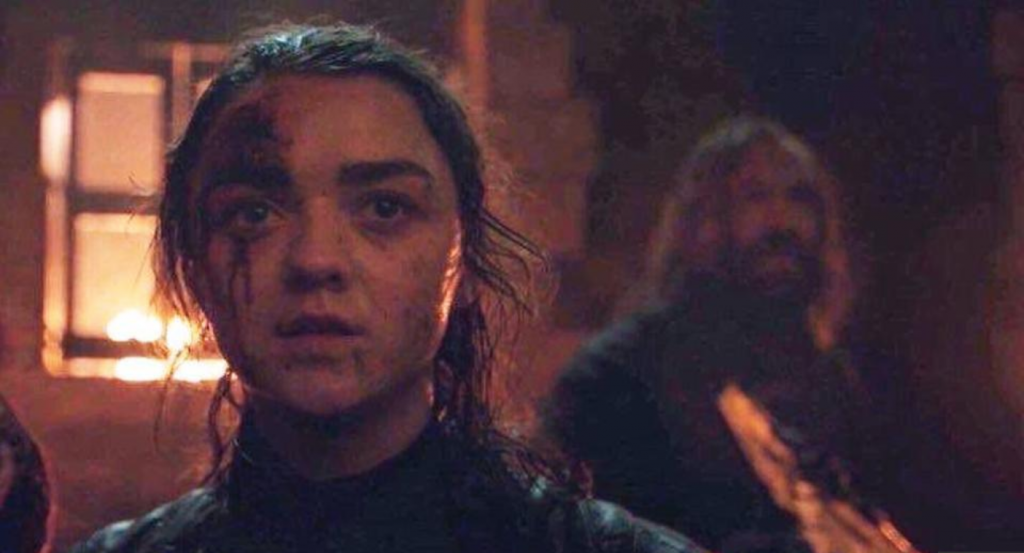 The hotly anticipated Battle Of Winterfell is finally upon us and…spoilers are coming at you faster than a wight on a wall!

For a second I thought we’d be stuck in a four-episode gaze between Bran and the Night King, but thankfully the Game Of Who’s The Creepiest was ended by ass kickin’ Arya, our first of many invaluable ladies at the Battle Of Winterfell. Did you all gasp as loudly as I did when the Night King grabbed Arya by her neck? Why did I doubt her, that girl has better knife skills than a Benihana chef. Arya ultimately dealt the Night King a fatal blow, because what do we say to death? Not today. Just crown her Queen already and let’s get on with it.

Can we talk about Lady Mormont?! She crushed it while she was being crushed!!! A noble death for a badass little Lady with a killer storyline, and a reminder that this show has come a long way from its T&A roots.

Let’s not forget Ser Brienne of Tarth. How she made it out alive with all of last week’s foreshadowing is beyond me. She and Jaime fought like champions against an enemy that doesn’t tire or take bathroom breaks. Their love is strong, so maybe after the bodies are burned and they get cleaned up the true romance between Brienne and Jaime can begin.

So that battle was cool and all, but my absolute favorite moments were between Sansa and Tyrion. Like an old married couple who have finally realize it’s just easier to stay together, they both seem to be warming up to the idea of reuniting to become a power couple for realsies, or at least for practicality’s sake. I’ve said it before and I’ll say it again–Sansa and Tyrion will take the Iron Throne together.

Notice how I didn’t include Dragon Lady on my list of Badass Ladies Of The Seven Kingdoms? I mean, what did she even do during the battle? Get lost in a storm while zipping around on Drogon? Seriously weak sauce, and I can’t wait for her inevitable death at the hands of, I don’t know, maybe Cersei’s latest boyfriend?