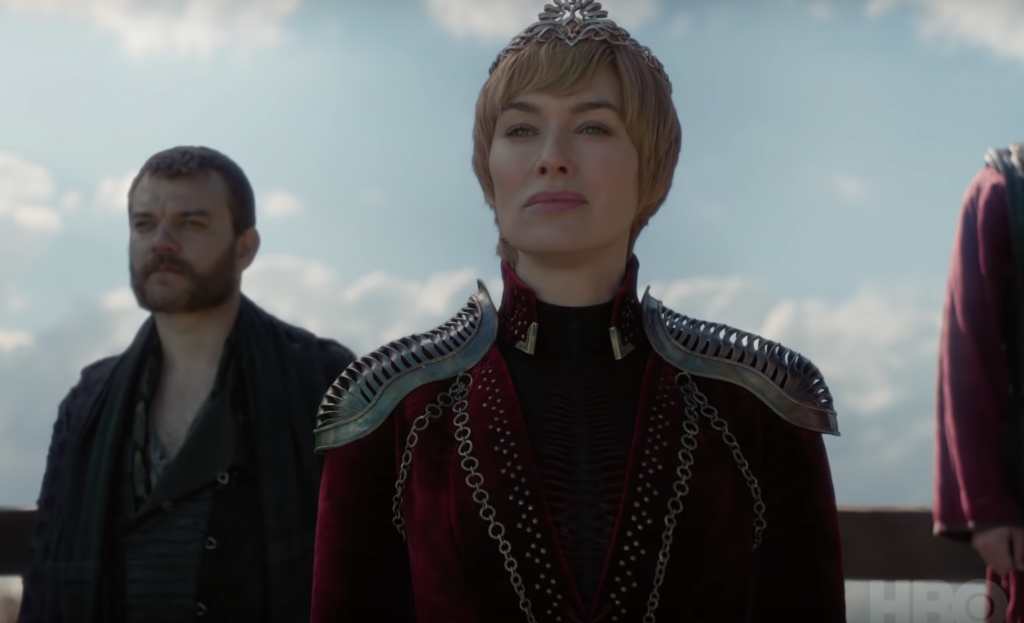 I know there were a lot of super amazing political machinations and teary goodbyes, but first I need to talk about is the sweet sweet love between Ser Jaime and Ser Brienne, so let’s all climb that tree for a moment, shall we?

The shippers out there, and I will unabashedly wave that flag, finally got their moment when Jaime pulled the old “it sure is hot in here” move on Brienne. Bing bang boom and the eldest virgin has been deflowered. But good things never last in Winterfell because winter is coming, and Jaime’s still in love with his sister, Cersei, who’s probably carrying his (counts fingers) fourth child. Life in the Seven Kingdoms is so complicated!

Speaking of Jaime, can we talk about the deterioration of his formerly formal good looks? He’s gone from ruggedly handsome with a patina of pretty to disheveled with a whiff of homelessness. It’s like watching the full arc of Brad Pitt’s career condensed into a few brutal seasons.

Anyway, I’m also loving the fondish farewell between Varys and Tyrion, two of my very favorite characters. They’ve walked the same path for so long, but soon they must part ways. And with Dragon Lady looking more like Dragonless Lady, that time is quickly approaching. I hate to say it, but I don’t see Tyrion making it out of this one alive. Sigh.

Other things of note:

With only two episodes left, maybe next week Game of Thrones can get on with the business of killing some main characters or something?