Because I’ve never watched even a single episode of How I Met Your Mother, I thought it’d be a good, no, a great idea to recap the final season. I am told by an avid viewer that this show really is about a guy (Ted) telling his kids how he met their mother, and that after about forty-seven years, he finally gets up to the part of the story where he meets this elusive lady. I suppose that’s one way to write a sitcom. So here goes nothing. Or something.

Neil Patrick Harris is in the back seat of a car, talking about his wedding to an overbearing Canadian woman (Robin). They’re worried about how the families will behave, and it’s time to take bets on which one will ruin the wedding first. Or most.

Something about baby pictures of a cute kid who looks like an old man, and two friends (Lily and Ted) bickering in a car. NPH and Robin make a list of how crazy their cousin Mitches are, and suddenly realize they might be somewhat related. Aww! It’s going to be a Kentucky-style wedding!

Lily boards a train, I assume because she couldn’t stand driving with that Ted guy anymore. Some guy on an airplane (Marshall) chastises his wife about posting a funny baby photo on the Internet. Lily then meets a nice lady on the train who gives her a cookie that totally does not contain drugs or poison.

NPH and the Canadian desperately call everyone to sort out their family trees, and the Marshall gets kicked off of the flight with the baby that looks like a little old man. Meanwhile, Lily bonds with the other lady on the train over cookies and emasculating stories about men.  Something about a locket, and someone named Stella who left Ted at the alter. I think maybe Stella might be the woman on the train with the cookies? Maybe?

Robin’s grandmother explains how Mitch is related to her, and he was adopted because his real parents were eaten alive by sled dogs. So, she is not related to NPH and they can commence procreation. That’s sweet. They’re in love, but by the title of this show we know it ain’t gonna last.

The guy from the airplane whose name is Marshall can’t figure out how to get the baby photo off of the Internet that for some reason will cause a fight with his wife who is Lily from the train!

The wedding is at the Farhampton Inn and Lily tackles Ted in the lobby. Ted gives NPH’s fiancé, whose name is Robin, a box of photos from eight years ago of everybody happy and together. Lily apologizes to Ted for something I must have missed last season.

Lily and Ted check into the hotel. They explain to the innkeeper that they are there for a wedding, that Ted used to date the bride, but now he’s the best man. Marshall calls Lily to say that he has missed his flight, so Lily goes straight to the bar and demands continuous alcohol which is appropriately called “the Kennedy Package.” NPH’s name is Barney? Okay….

All of the airports are closed, so Marshall tries to rent a car and gets the last one—a 2006 Monstrosity Sport. But he doesn’t have a baby seat, so he agrees to give the car to his former seatmate on the airplane (she got kicked off of the flight, too) so that she can drive to the mall, buy a baby seat, drive back to the car rental station, pick up Marshall and the baby, and drive to New York. Yeah no, she doesn’t return.

Daphne, Marshall’s seatmate from the airplane, eventually returns with the car, and wacky antics likely ensue on their road trip from Somewhere to New York. Oh, that cookie lady from the train is at the hotel with Ted. He says that one year ago today he was sitting there all alone and made a promise that he would be back, with her. 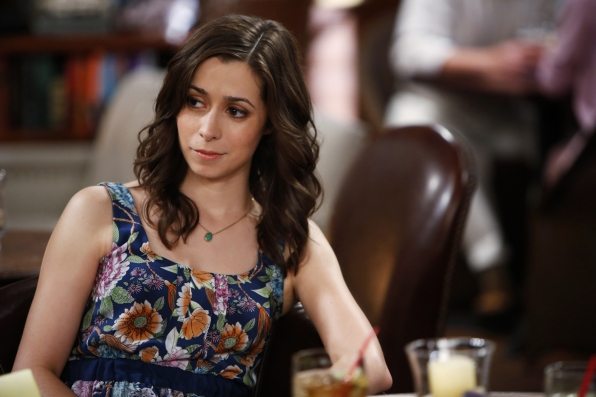 So I guess he’s the one telling the story and she’s the mother of his kids? So Barney and Robin are really getting married? I thought Barney was going to have to leave what’s-her-name for the cookie train chick. Huh. Well, this changes everything. Sort of.

Next week, the relatives show up to the wedding.

Reprinted with permission from www.survivingcollege.com