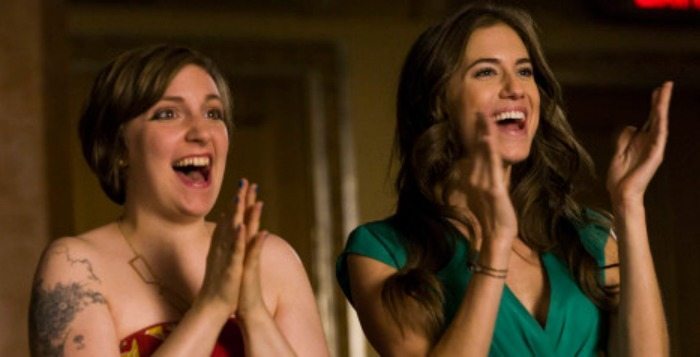 Oh look, Adam’s sister, Caroline, is back. Apparently she’s living with Laird, Hannah’s downstairs neighbor. And they’re having a baby. So, yay?

Hannah rips some mail that needed not to be ripped, and she tapes it back together before dong what I interpret as a happy dance. She visits Marnie to tell her the good news. “I got into Iowa Writer’s Workshop, which is graduate school.”

Jessa’s being a personal assistant to that artist, B.D. She wants Jessa to help her kill herself. She wakes up every day disappointed that she didn’t die in the night, and she hired Jessa because she thought that Jessa would understand how necessary it is to die.

Shoshanna is at a check-in for her cap and gown, but her name has been flagged. She’s missing a few credits because a sociology professor “decided to fail the shit out of me.” She goes home and tears apart her very expensive Soho apartment when Marnie arrives to fill her in on the whole sleeping with Ray thing. Shoshanna does not react well. 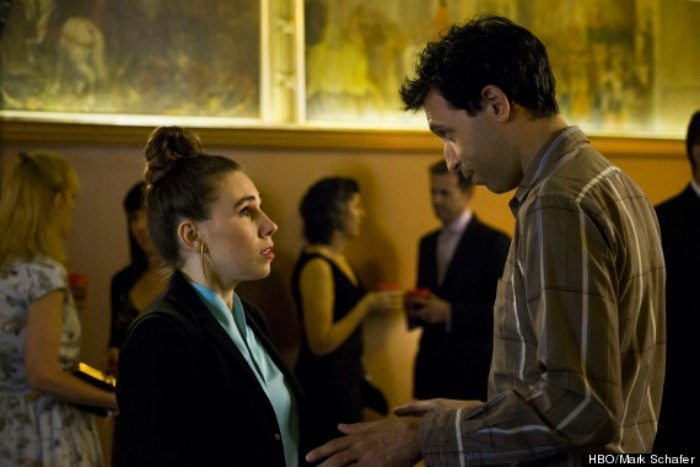 Hannah calls her parents to tell them her big news. Her mother encourages her to sort out the small stuff and do it, just dive into graduate school and “we’ll figure it out.” The question of how to pay for graduate school never comes up. Then, it’s time to tell Adam. So she barges in on him at work, again. She spins it that watching him thrive has made her want to thrive.

Ray, Hannah, Marnie, Shoshanna, and Elijah go to see him on Broadway. Marnie heads backstage to see her singing partner and give him an opening night present. It’s James Taylor’s guitar pick. Then, they make out a little. Or, a lot.

During intermission, Shoshanna wants to have it out with Ray, but all she can say is “I want you back.” Ray, however, wants none of it. She begs, it’s sad, intermission’s over. Anyway, Hannah falls asleep during the show because it’s not a show about her, there’s lots of applause, the crowd loves the performance, and Marnie runs into Clementine in the ladies’ room. She tells Marnie to cut the shit, that Marnie’s a sad, pathetic mess, and it’s not happening. Later that night, Marnie watches the guitar player guy fight with Clementine, and it makes her happy.

After the show, Adam blames his bad performance on Hannah telling him about Iowa right before he went on stage. He’s sick of trying to work it out, and nothing with Hannah is ever easy.

Jessa feeds the old lady, B.D., a glass of water and pills. Then, she demands Jessa call 911 because she doesn’t want to die.