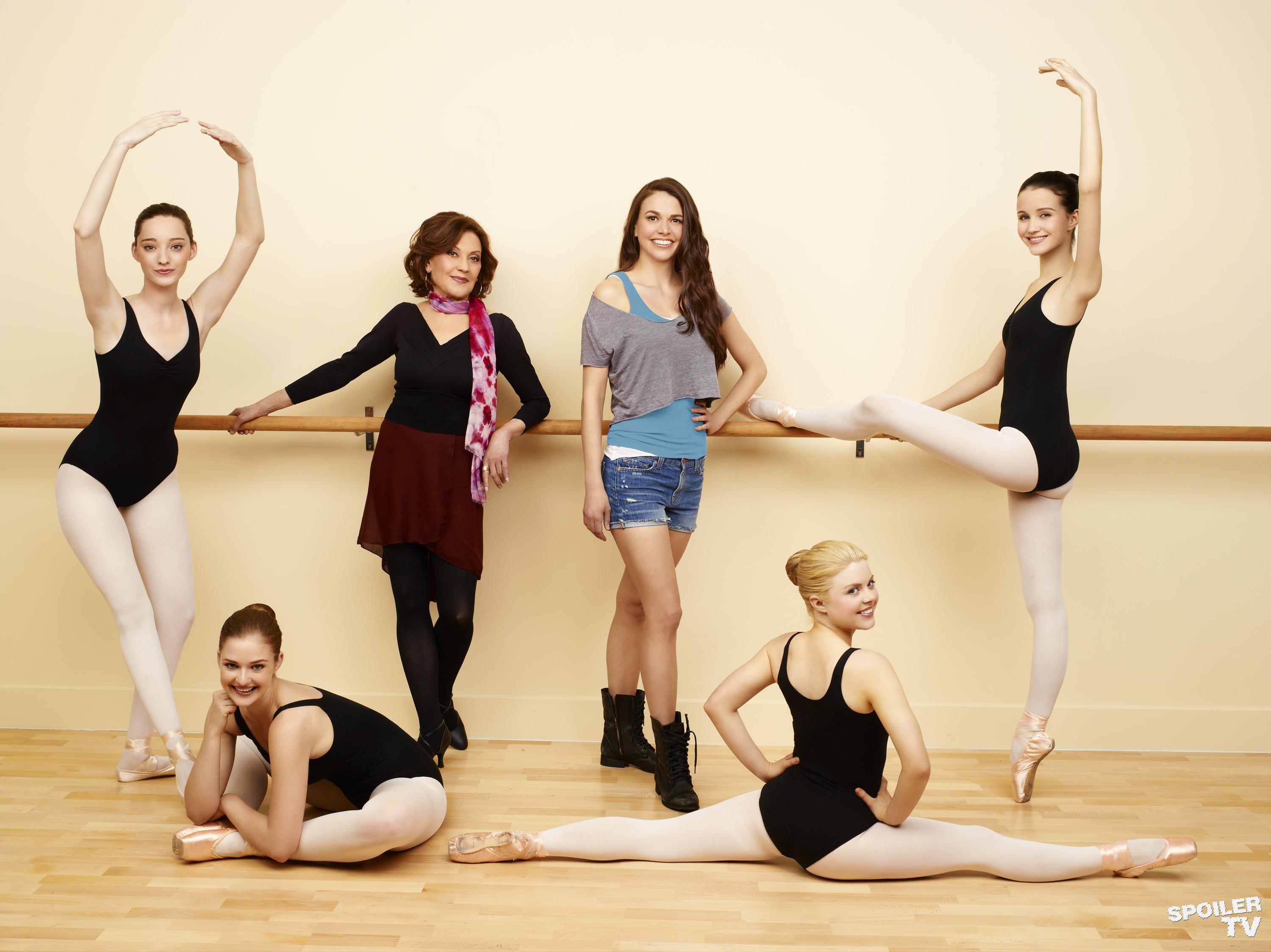 This picture is deceptive. I don’t know why they put Sutton Foster in that stupid shirt.

Oh Bunheads, why do I love you so? Is it because, despite being an ABCFamily show, there is plentiful adult beverage consumption? Is it the super-quick pitter-patter of clever words? Is it Sutton Foster and her deeply ironic, non-diva, non-bubbly, but wonderfully, quixotically funny character?

Maybe it’s the teenaged girls – so smart, so funny, so conniving, messy and imperfect and lovely in their shortness, tallness, skinniness and chubbiness? Perhaps it’s the humps and bumps of a storyline that proceeds along such improbable paths that you just really – REALLY – never know where it is going.

It is effervescent, like champagne, with enough pathos and sweetness that you could compare it to a vintage tawny port. And sancerre has nothing on it in the dryness and minerality department. The dance performances are almost the least of its appeal, but even those are terrific.

In short, I shouldn’t be writing about it here at all, because its not terrible, except that I missed it so much while it was in hiatus. Now it’s back, and the only terrible thing is the week between episodes.