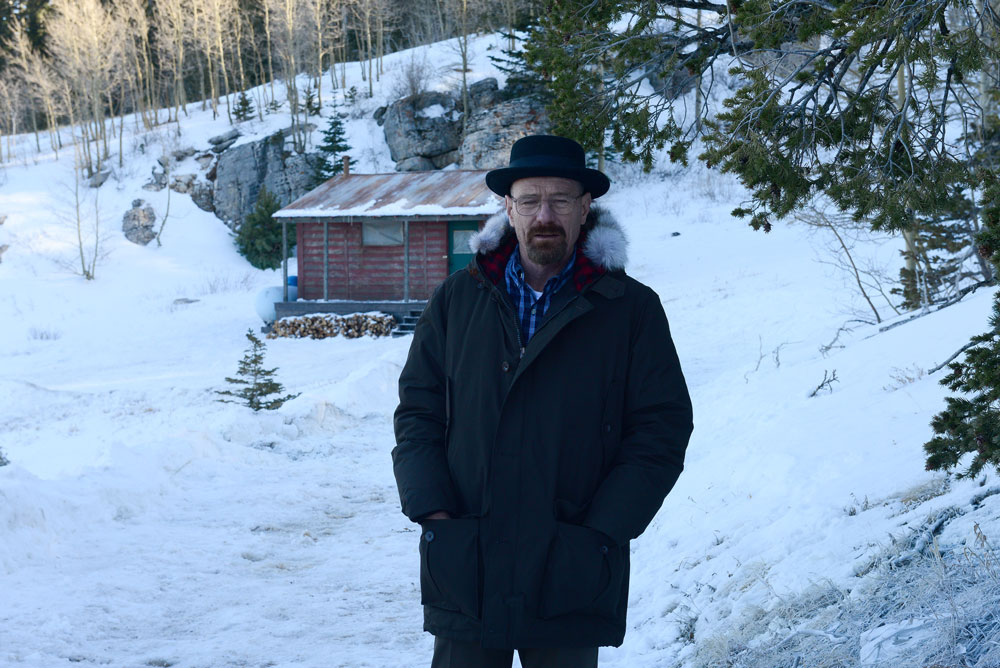 The red minivan driven by The Guy Who Makes People Disappear pulls into a vacuum warehouse and spits out Saul. First order of business is a mug shot for Saul’s new Nebraska driver license. Then, Saul is sent below ground for a few days until the dust settles, during which time he will share a bunk with Walter White.

The group of meth manufacturers who I will refer to as The Methies ransacked Marie’s house and stole the video camera containing Jesse’s confession. When they play it back, they see Jesse ratting out not-Matt Damon for shooting the kid next to the train tracks. The Methies don’t understand why they should continue working with a guy who turned them in to the feds, but not-Matt Damon wants to cook and earn even more money. Everyone suspects it’s because not-Matt-Damon is sweet on Lydia, which who cares let’s find out what happens to Jesse and Walt!

Jesse is back in his dungeon, only this time he has a paperclip and gets to work busting out of the handcuffs. Walt is in a dungeon of his own underneath the vacuum repair shop and, rather than handcuffs, picks Saul’s brain. He wants a list of mercenaries so that they can go after The Methies. “You know a guy who knows a guy, just get me the contacts.” Saul thinks that Walt should stop all of this nonsense and stick around a while to take the heat off of his wife. He gives Walt props for the phone call, but explains that if they don’t have Walt, they’re going after Skyler and will “RICO your wife and kids out of that house.” And, getting money to Skyler will be impossible. Since Walt has limited time left on this earth anyhow, he should take his lumps and hope that the feds will let his family stay in the house.  But Walt doesn’t play for small potatoes—he wants to get the entire barrel full of money to his family. Because Saul may still be of some use, Walt tells Saul that he’s going with him. But Saul doesn’t want to go with Walt. He just wants the boring, low profile life he purchased, “just another douche bag with a job and three pairs of Dockers.” Walt still thinks that he’s running the show and growls at Saul, “Remember what I told you, it’s not over unti—cough cough cough vomit.” Yeah, that cancer doesn’t care about your plans, Walt. And with that, Saul is off to Nebraska to manage a Cinnabon.

After telling the feds that she has no idea where Walter is, Skyler grabs a smoke on her couch. Her house in under surveillance, but that doesn’t stop The Methies from breaking in and waiting for Sklyer in the baby’s room. “We got a lot of respect for your husband, there’s just something we have to straighten out.” The Methies want to make sure that Skyler doesn’t say anything to the police about Lydia, because Lydia traces right back to them. She swears, they’re convinced, and Skyler gets to keep her baby.

Not-Matt Damon meets Lydia for lattes in an upscale coffee shop, but they speak from separate tables since she’s a paranoid freak. Not-Matt Damon is convinced that Skyler is no longer a problem, but Lydia is risk-averse and wants to take a break from distribution…until she hears that the last cook was 92% pure because Pinkman is cooking for them. Lydia can’t resist the lure of pure blue meth and allows the operation to continue.

Walt finally arrives at his new home, via the cargo hold of a propane truck. “Mr. Lambert, welcome to New Hampshire.” His cabin has a month’s worth of food, a generator, and a wood-burning stove. It’s going to cost $50k for The Man Who Makes People Disappear to return with more supplies in a month. In the meantime, there will be no phone, no Internet, no communication at all because that leads to handcuffs. While there is nothing physically keeping Walt from walking the eight miles into town, once Walt leaves, The Guy Who Makes People Disappear will not return. So what’s the first thing Walt does once alone in his cabin? He unpacks his money, fills his pockets with cash, puts on his trusty Heisenberg hat, and begins the walk into town. But he doesn’t make it past the front gate before turning back. “Tomorrow. Tomorrow.” 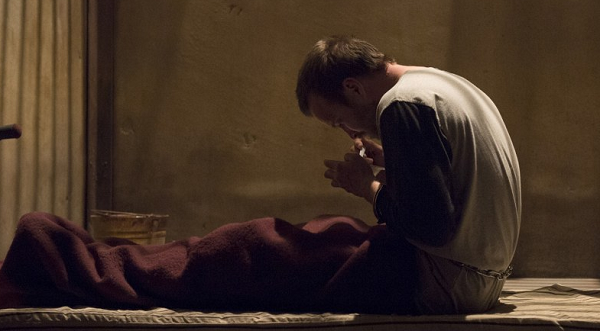 Jesse is out of his handcuffs and teetering on top of his few meager possessions to try and reach the bars covering the pit in the ground, but he’s not quite there yet. Not-Matt Damon arrives with Ben & Jerry’s as a prize for cooking a batch that is 96% pure. Jesse asks him to leave the tarp off of the pit because he wants to see the stars. Later that night, Jesse re-undoes the shackles and tries for another escape—folded mattress, folded blanket, bucket, balance, and he’s dangling from the bars. A few American Ninja Warrior moves later, and Jesse unlocks the gate and escapes. He sees that the compound is surrounded by barbed wire fences and cameras and is caught before he even gets to the top of the fence. He begs The Methies to kill him, but they have other plans. Not-Matt Damon pays a visit to Jesse’s girlfriend, Andrea. He lures her out of the house by telling her that Jesse is in the truck, which he is, but he’s bound and gagged, and then not-Matt Damon shoots her in the head while Jesse watches. The Methies tell a despondent Jessie, “Now remember, there’s still the kid.”

One month later, Walt walks up to the gate again and sees a truck approaching. It’s The Guy Who Makes People Disappear with a delivery of newspapers and sundries. He also brings news of Skyler and the kids. Everybody is fine, there’s no court date yet, Skyler is doing taxi dispatch work for money, she’s using her maiden name, blah blah blah. He also brings Walt his chemo treatment, but gets up to leave as soon as he gets the access port for the IV inserted. Walt asks him to stay a little longer. “Two hours? I’ll give you another $10k. Please?” The guy bargains Walt down to $10k for one hour. “One of these days when you come up here, I’ll be dead,” he says. Then, Walt asks The Man Who Makes People Disappear if he would give the money to his family after he died. “If I said yes, would you believe me?”

At some point in the future, Walt grows so thin that his wedding band won’t stay on his finger. He strings it on a piece of twine and wears it around his neck. The twine gives him an idea. He fills a cardboard box with cash, wraps it in brown paper and twine, and leaves it on the front gate fence. I suppose a mailman might pick it up? I don’t really know how things operate in the Live Free Or Die state.

“Flynn White to the principal’s office, please.” There’s an important call from his Aunt Marie. But it’s not Marie, it’s Walt calling from a payphone in a bar. He made terrible mistakes, but the reasons were always good…things happen that were never intended…Walt needs to know if Flynn’s friend, Lewis, still lives in the same house. He is sending Lewis a package containing about $100k for Flynn. He says it’s all that would fit in the box, but I don’t know. There were at least two boxes in the cabin and Walt only filled one.  And then, Flynn unleashes the wrath. “You killed Uncle Hank, you killed him, what you did to mom, you asshole…I don’t want anything from you…why are you still alive? Why won’t you just die already, just die!” So…that went about as well as could be expected. Walt’s next call is to the Albuquerque DEA. Then, with his brown paper package in hand, he orders a drink and waits. But when the sheriffs arrive at the bar with guns drawn, Walter White is gone.

Next week is the end. Predication? I see Walt and Jesse finding themselves on the same side of the fight against The Methies, but Jesse will not live through it. Walt, I’m not sure. We know from the beginning of the season that he makes it back to his old house, but does he use the ricin on himself? It would spare his family a lot of agony, but unless he finds a way to get them that money, I can’t see him letting it all go or trusting it to a man who bargained him down from a two-hour visit. But I guess we’ll find out soon enough.