It’s Halloween, and Gene, Louise, and Tina explain to their classmates that they are trick-or-treating as a Chinese dragon with five kids inside, but they’re going to say that there are ten kids inside. You know, to score more candy.

Louise tries to hide from a classmate, Millie, who wants to be her friend, or be her, or be a rap duo with her…pretty much your typical clingy nutball who is totally unditchable. Louise gives it to her straight—it ain’t gonna happen, Millie. But the Millies of the world, they just never take the hint. 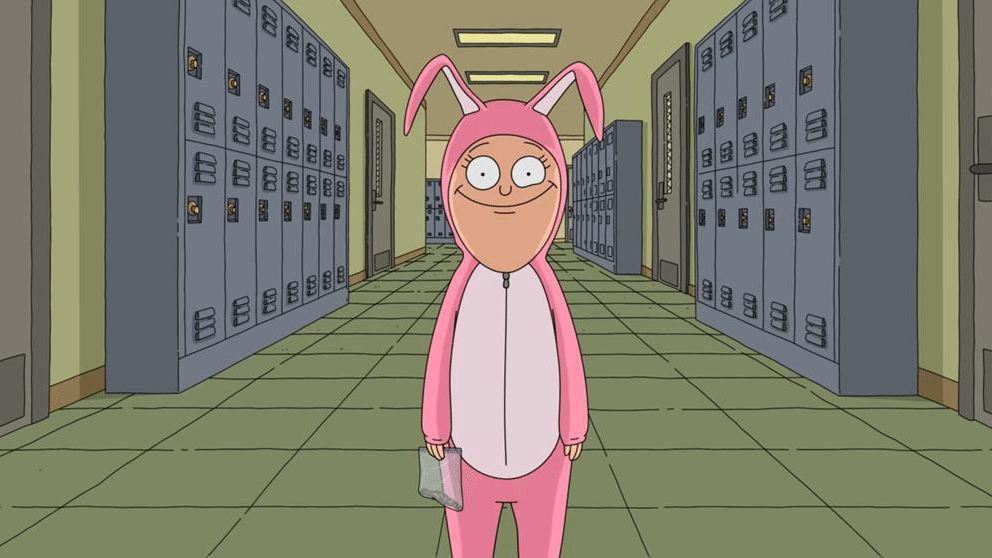 Bob and Linda are busy running a restaurant and gluing scales onto a Chinese dragonish-type costume. Linda’s freaking out because the kids are going to be home soon and the costume is not even close to finished. But before heading home, the kids swing by their fort to pick up the glowing dragon eyes. For those who don’t think they have a fort, they fort. Oh, they fort. They fort big time. Of course Millie follows them to the fort but before she can climb inside, Louise explains that they’re at capacity.

This is Tina’s Farewell Tricker Treating Tour because of the old proverb, “when you go from tween to teen, you’re too old for Halloween.” To make sure it’s the most lucrative one ever, Darrell has a whole map of must visits and must avoid houses to maximize their haul. As the kids are plotting and scheming, a truck backs up into the fort and traps them inside. Thankfully Millie returns because Millie always returns. But she’s crazy, so it’s unclear whether she’s actually going for help. This sets Louise off on a tirade, words are said, truth is spoken, and Milly finally realizes that Louise doesn’t like her. Well that was incredibly bad timing for a meltdown, so “have fun spending Halloween in a box!” 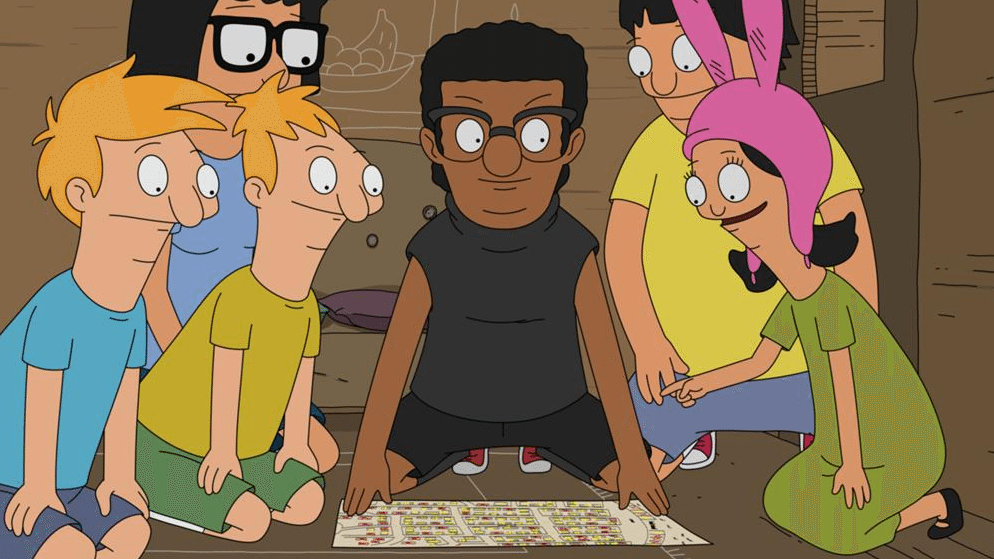 When all eyes turn to Louise, she deflects. “Okay I’m hearing a lot of blame being thrown around loosey goosey right now!” Millie returns to release spiders into the fort. Naturally, everyone is afraid of getting spidered. To keep some semblance of Halloween, the kids go trick-or-treating in the fort. Then, they find a way to tunnel out. Louise sends the smallest kid through the tunnel. “Squeeze into the dumpster, burrow through the trash, jump out, run for help, just like when you came out of your mom. Go go go.” But, Millie closes the lid on the dumpster just as he tastes sweet, sweet freedom. Louise then tries to ferret out the rat who told Millie about the tunnel. It’s Darrell, who is currently pantsless. He just wants candy, is that so wrong? As punishment, he gets the burp and blow torture. 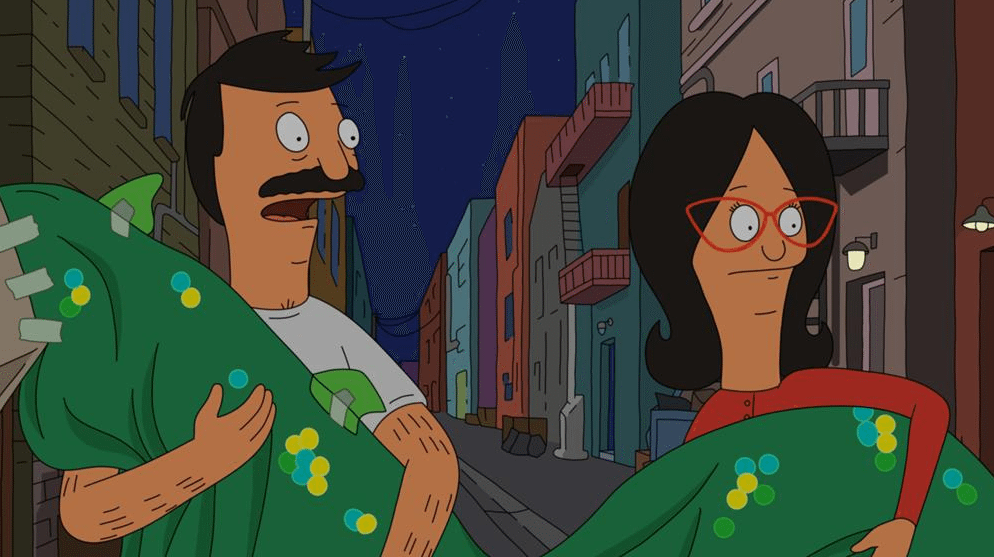 Bob and Linda run out of sequins for the costume and it’s not a good dragon. It’s not even a bad dragon, it’s just…a lot of green. When the kids don’t show up, Bob and Linda figure out that they’re in the fort so they go there to force the kids to put on the costume they’ve been slaving away all day to make. But Millie intercepts them and leads them away down a crowded street of trick-or-treaters. Good one, Millie.

In an effort to escape, the kids make the situation much, much worse as the truck starts to crush the fort like the garbage disposal in Star Wars. They’re able to stop it with some paint cans and crawl out just as the truck crushes it like a pancake. They still have a few minutes left on the candy clock so they put a tin on Gene’s head and call him a robot. Sadly, the lights go out just as they get to the first street.

When Millie returns to the fort, she thinks that they’ve been killed. She’s not so much sad for them as she is afraid for herself. You can almost hear the alibis spinning in her head. Then, she hears voices. Louise, Gene, and Tina are hiding in the truck playing ghost to scare Millie out of her candy, which works like a charm. It’s a Happy Halloween after all.