Reprinted with permission from www.survivingcollege.com
We’re back again on our ill-fated mission to find some meaning in the words that Ryan Lochte speaks. This week, we find Ryan Lochte contemplating what he wants to do with his life (beyond holding his breath for too long underwater). He decides that he wants to make himself a brand, so he goes to where the brands are the sparkliest—Lost Angeles. And he takes his assistant/best friend, Gene, with him because Gene has never been outside of Gainesville, Florida.

There’s an awards show, a meeting with Speedo, and a hot dog naming at Pink’s on the agenda. But first, let’s listen to the pearls of wisdom that sprang forth from Ryan’s lips: 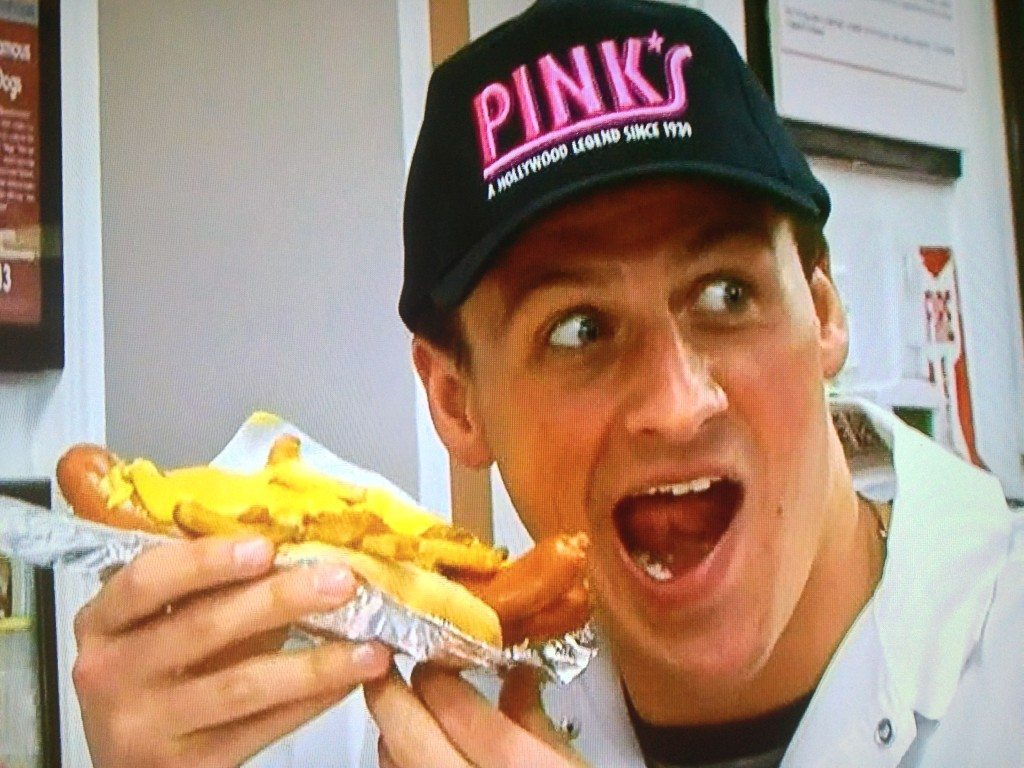 Once in Los Angeles, Ryan wants to pitch ideas to Speedo. The team at Speedo, however, was under the impression that they were the ones coming up with the ideas. But, they decide to humor Ryan and kick the cameras out of the conference room so that the group can talk in private.

There are also a lot of photo shoots with swimming pools and tuxedos, and Ryan stripping down to his undies. Luckily Gene is there to tell him where to go and when to take his pants off. To celebrate the long day, Ryan takes Gene out for drinks. Gene is worried that Ryan will leave Gainesville, which will break up the Lochterage. But Ryan has plans to take the Lochterage to Los Angeles, where they will be eaten up and spit out within a week.

The duo next visit Pink’s to taste “your little hot dog,” the Lochtedog. The owners force Ryan to get behind the counter to make the Lochtedog. His first challenge is opening the bun. Then, he loads up two hot dogs, mustard, and French fries. Naturally, there are plenty of penis jokes to go around.

Ryan and Gene go to the Hall Of Game Awards, which nobody has ever heard of except for Ryan Lochte’s publicist. Smile, smile, smile, interview, interview, interview. Ryan Lochte wins an award for…something. Ryan makes Gene promise that he’ll move out to Los Angeles with him, but Gene is unconvinced. Then, Carmen Electra introduces herself to Ryan. She makes a half-hearted effort to engage Ryan in conversation, but he just stares mindlessly in her general direction. He eventually gets her number, but only six of them. Numbers are hard when you’re Ryan Lochte.

Next week, paintball and Jaime.