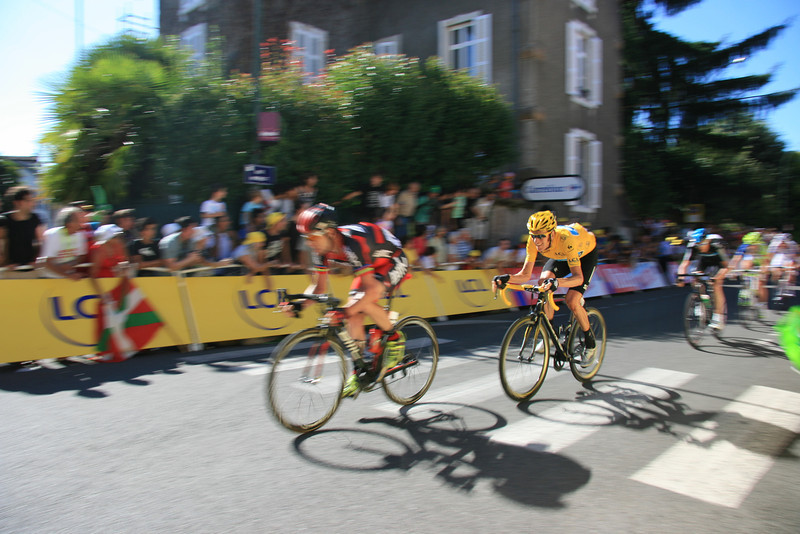 This year’s Tour de France covers 3,404 kilometers (or 2,115 miles for those of us who never learned the metric system) over three weeks, much of it uphill, both ways. I rode zero miles in the past three weeks, so I find that distance rather impressive.

Unlike most other sporting events, there is no one place where the Tour de France happens. On any given day, the race can span 200 km, often along winding mountain passages. Fans line up in cars, bikes, and RVs along the race route to wait for that fleeting moment when the peloton passes. In order to nab the best spot, tailgaters often camp for a day or two beforehand, biking into town for provisions like foie gras, berets, and wine. It kind of puts a cooler of beer and a hot dog cooked in the trunk of a car to shame. 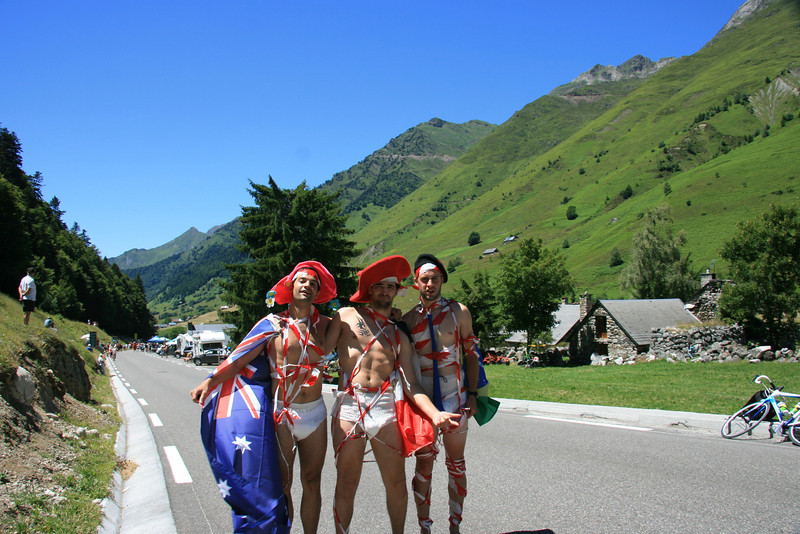 Speaking of tailgating, the constant flow of wine and beer leads to some truly inspired costumes. Capes, wigs, nudity, full bodysuits, you’ll see it all along the side of the road. And tune in during a mountain stage to watch be-costumed fans run amongst the riders, because there’s nothing more distracting when you’re struggling through a Category One climb than man in a Borat onesie and clown wig yelling, “Allez! Allez! Allez!” in your ear.

The Tour has several different jerseys that are used as awards on each stage of the race: Yellow (the maillot jaune) is worn by the overall race leader; Green (the maillot vert) is awarded to the top sprinter; and the White jersey is for the fastest overall rider under the age of twenty-five. But by far the coolest jersey of all is the Polka Dot jersey, also known as the King of the Mountains jersey (or the maillot à pois rouges). It is awarded to the first rider to reach the crest of certain hills and mountains. But why polka dots? I mean, why not orange? Or blue? Or byzantium? Because when the color was chosen in 1975, it was sponsored by Poulain Chocolate, a company that produced chocolate bars covered in a polka dot wrapper. Ah, sponsorship with a sense of humor. 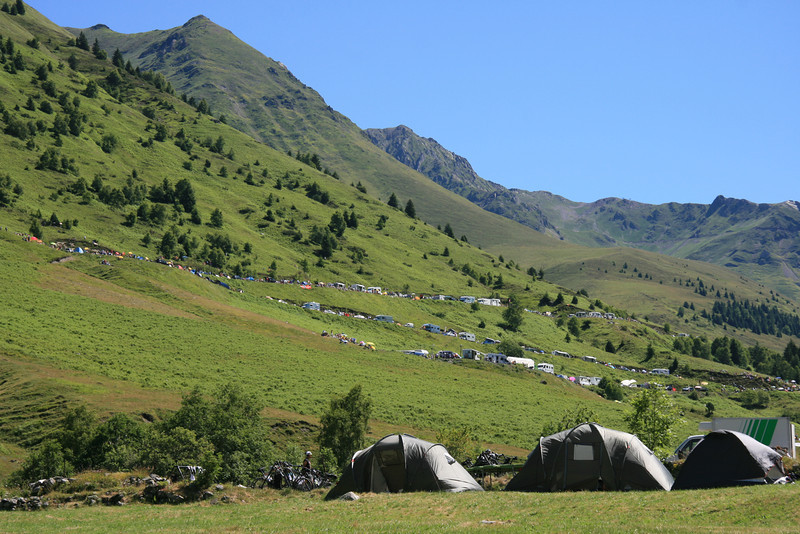 Stunning mountains, charming towns older than the hills, fields of green grass and sunflowers…the Tour de France is the raison d’être for high-definition television. It is simply impossible to watch the Tour de France without checking flights to Paris at least once during each telecast.

I know, I know, it’s totally not cool at all to celebrate a crash. But I mean, come on. These crashes are amazing! And isn’t that why you watch NASCAR? One little tap from a front wheel turns into a five dozen bike pileup faster than you can say sacre bleu. So while I don’t wish a crash on any rider, I am going to rewind and watch it again. And again.

It’s a hundred years. A centennial celebration. Yet the Tour has so much dignity that it hasn’t even messed with its otherwise perfect logo to capitalize on the event. Instead, tour organizers planned the first three stages on Corsica, a French island off the coast of Italy that has never before hosted the Tour because, you know. Island. Additionally, this is the first Tour since 2003 to be completed only on French soil.

Lance Armstrong has been stripped of his wins from 1999-2005 and is currently sitting out a lifetime ban. So tune in and enjoy a Lance-free Tour. 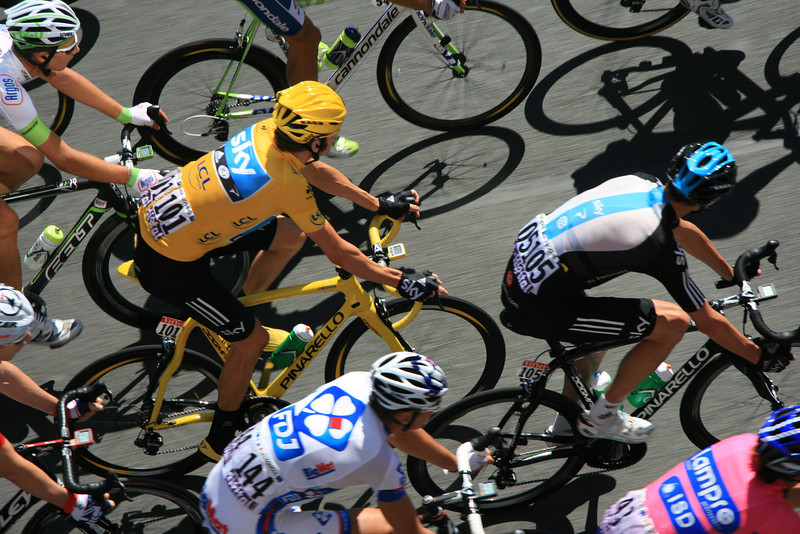 The peloton is an incredible feat of human engineering built for efficiency. It is also equal parts danger and beauty, winding its way like a giant amorphous snake, sucking up riders as it churns along and spontaneously spitting them out on the side of the road. But most importantly, a well-formed peloton cuts down on wind drag for the lucky riders in the center of the pack by approximately forty percent. It’s also a breathtaking thing to watch, which you should definitely do.