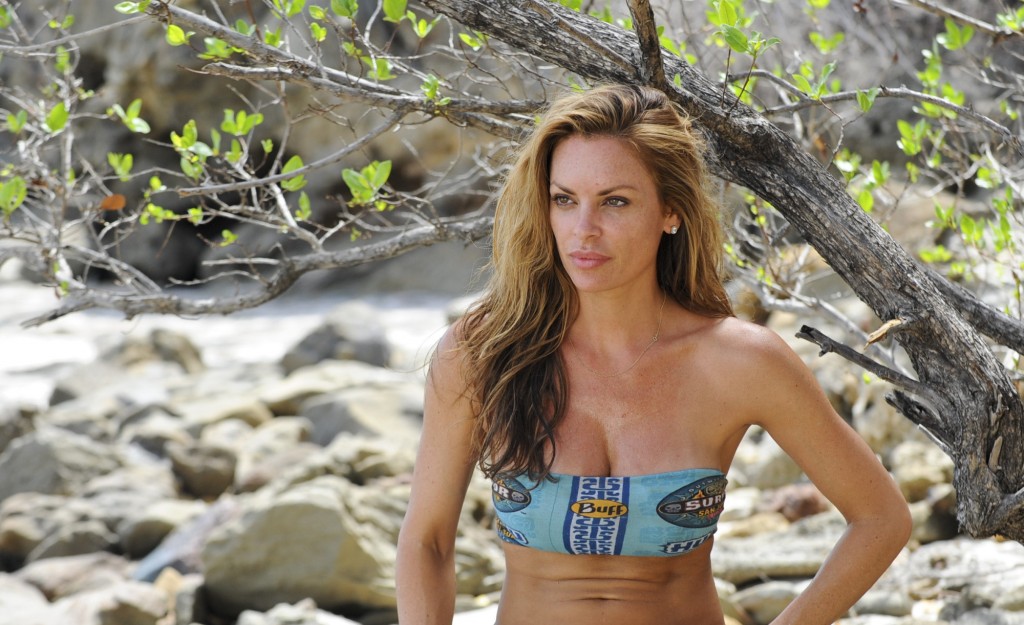 MERRRRRGE! MERGE! MERGE! MERGE! The loved ones are reunited, the singles see a glimmer of hope, and everyone gorges on food because heaven forbid a Survivor contestant goes a day with the tummy rumbles.

Battle lines are drawn from the get-go—Jeremy wants Josh out, and Josh wants Jeremy out. But Baylor is all, “Josh who?” which hurt Josh’s fee fees since he saved her life. And by “saved her life,” he means “didn’t vote her out.” Baylor’s mommy tells her that she has to be “a little bit phony.” Thanks for clarifying the game, lady. She also tells Baylor to smile to everybody just in case there’s a beauty pageant aspect to the game. And how is Twinnie still in the game? I figured she would’ve annoyed fourteen billion people by now, but there she is, quiet as a mouse.

We need to discuss trail mix, the elixir of life. Julie squirreled pounds of it into her bag during the feast. Her new tribemates remembered the delicious treat existed and went through Julie’s bag while she was off working. On her tan. It became a thing, and when there’s a thing, it’s never a good thing. So Julie, a contestant who was flying pretty low under the radar considering her boyfriend is noted bigot-racist-baseballer John Rocker, is now on the chopping block over what I have to say looks like some fairly good trail mix.

The first individual Immunity Challenge is all about balancing balls on boards. It is boring, and Keith wins. Back at camp, there’s more talk about trail mix and it causes Julie’s face to form something approaching sadness. She wants to go home, but Baylor’s mommy talks her off of the ledge.

Meanwhile, Josh writes a new Broadway show with a rousing song and dance finale titled “Couples Together, Singles Out”:

Having your loved ones means camaraderie,

Being alone spells another vote for me,

The tribe has spoken,

Your game is broken,

Oh what? Julie summons Jeff to the beach. She hasn’t gone more than four days without being with her meathead boyfriend, everyone is mean-girling her, and she wants to go home. “They’re talking about my boobs…making jokes…..” Seriously? You’re quitting the game because people are mocking your comically huge and clearly enhanced boobs? Oh. My. Gosh.

Jeff asks everyone to pull up a log. “Julie is quitting the game.” The tribe talks crap about Julie because she did nothing, she stole food, and she’s really quitting because there’s no way that she can ever win the game. The only person mildly perturbed by Julie’s departure is Jeremy, who was counting on her vote. But hey, at least this gives him another three days to figure it all out.

Next week, the men and women split.