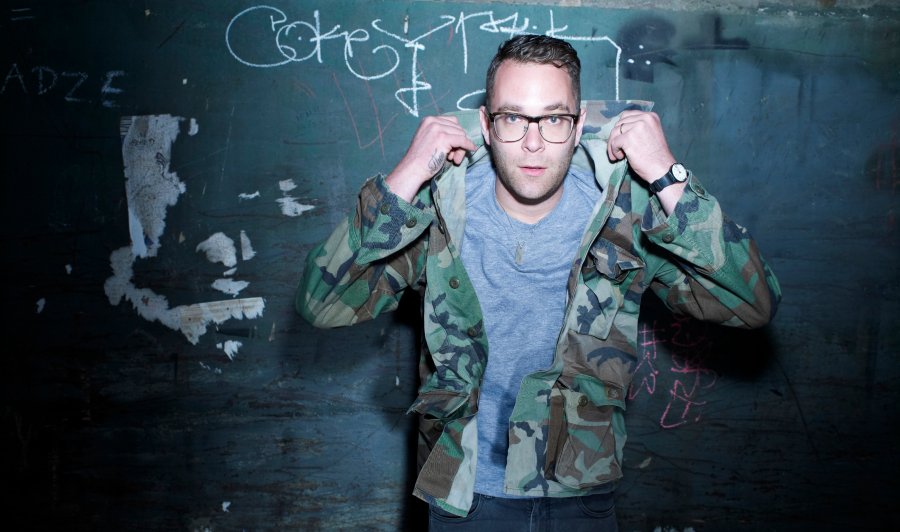 It’s two Austrian best friends fighting for a fleeting scrap of fame on the season finale of Knife Fight. Chef Number One is Edi Frauneder who owns three New York restaurants and one whole Michelin star. Chef Number Two is Wolfgang Ban who owns the same three New York restaurants, which I guess means he gets the Michelin star on Wednesdays, Fridays, and Sundays and Edi takes it on Tuesdays, Thursdays, and Saturdays?

The three secret ingredients are:

Beef Cheeks: I prefer to call them “sweet cheeks”.

Crickets: Put them on a plate and suddenly they’re food.

Because these are two truly fine chefs, they have to cook three dishes in one hour instead of a measly two, and the loser’s lustrous locks will be shaved bald.

There’s braising and juniper berries and pressure cooker for cubed meat and liquids. Oh disgusting—Edi tosses crickets and bread in a blender and then fries the nasty beige batter. But honestly, it’s fried. So unless you told me that there were crickets in there and I saw their beady little eyes, I’d eat that right up.

Wolfgang is cooking egg yolks in a water bath before adding raw beef cheek to the yolks for a mushy mess. He also goes the fried route his crickets because safe is the best bet when you’re dealing with bugs.

Edi’s first dish is cricket croutons and burrata and herb soup. The judges are happy that the crickets were “masked.” Wolfgang, on the other hand, delivers beef tartare and fried crickets. Those bugs are just sitting there on the top of a pile of raw meat, like an infestation of leggy maggots. One of the judges is similarly displeased.

Wolfgang prepares a pickling liquid and Eli steals a batch because that’s what good business partners do, they steal from each other. Then, Wolfgang prepares a chicken shnitzel. Now, I have to discuss schnitzel for a second. I am physically incapable of speaking the word without giggling, but it appears that I can type it with a straight face. So that’s progress. Some of the judges find Wolfgang’s pickled schnitzel with tomato and romanesco to be a little dry.

Eli presents the judges with carpaccio and pickled romanesco with fried Brussels sprouts. The judges fight over the plate. His last dish is a beautiful braised beef cheeks with whipped romanesco cauliflower. “The beef was like butter, unbelievable.” I’m guessing this is the best dish of the night.

Wolfgang’s final dish is beef cheek goulash with spatzle. This does not look attractive but must taste delicious since the judges are oohing and ahhing over the spatzle.

So who wins and who gets shaved? The winner is Wolfgang Ban, which means Eli Frauneder loses an impressive head of hair. Right there in the kitchen. Which has got to be at least half a dozen health code violation.