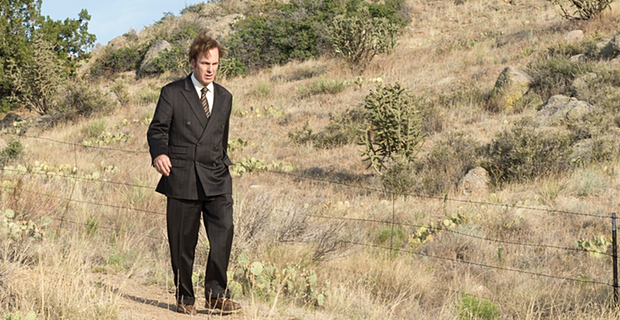 I’m sorry, I know this is not popular opinion, but it’s a little real talk that you all need to hear: Better Call Saul is boring. Booooooring! There, I said it.

Three episodes in and the show is one giant snoozefest of hemming and hawing and backstory and retreading and caricatures (how annoying is the Kettleman family? And really? Nacho?) and giant, gaping winks and nods to Breaking Bad. Yes, it is framed and lit and filmed and paced beautifully, but without a compelling story to unwind, it’s all just window dressing on a chain store.

And no, Saul isn’t a compelling story. At least not on his own. He was always meant to be a supporting character to Walter White’s brilliance, and he’s wilting in the spotlight. (Speaking of wilting, how is it that his suits, though unfashionable, are always perfectly tailored and pressed if he’s a poor schlub court appointed defense attorney living in the back of a nail salon? Missed opportunities like that drive me nuts, and make my clicker finger itchy.)

Anyway, I tried. And I know you’re all going to keep on watching. And maybe it’s just a very slow burn and will eventually pay off and I’ll have to binge watch the bulk of a season on Netflix. And agreed, there was a spark of something when Mike finally had more than a cameo. But for now, I prefer to remember Saul Goodman as a superb supporting character in a stellar series. That ended.