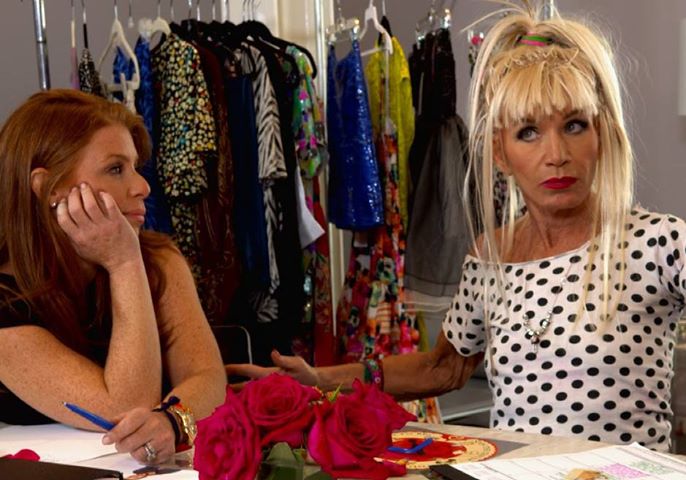 I always double-check my DVR to make sure that my stories are recording because I am just that dedicated to the television lifestyle. So imagine my surprise on Sunday night when XOX Betsey Johnson was not in the line-up, and a search under the show’s name turned up no results. When it didn’t appear on the Style Network’s weekly schedule, my last resort was LuLu Johnson’s Twitter feed. After sifting through endless brain drippings, I found one that said the show would be on next week. Huh. That seemed strange, but maybe the Style Network didn’t want to go up against that mind-blowing episode of Game Of Thrones? Or the premiere of The Real Housewives of New Jersey?

Now the real fun is speculating as to why the show was yanked off of the air after only three episodes. My guess? Betsey was making the big and powerful Steve Madden, Ltd. look like a bunch of a) fools; b) hacks; and c) opportunists. In other words, bad. Very, very bad. Hopefully someone will start talking soon because I’m kind of dying to hear the dirt. Zina. Call me.