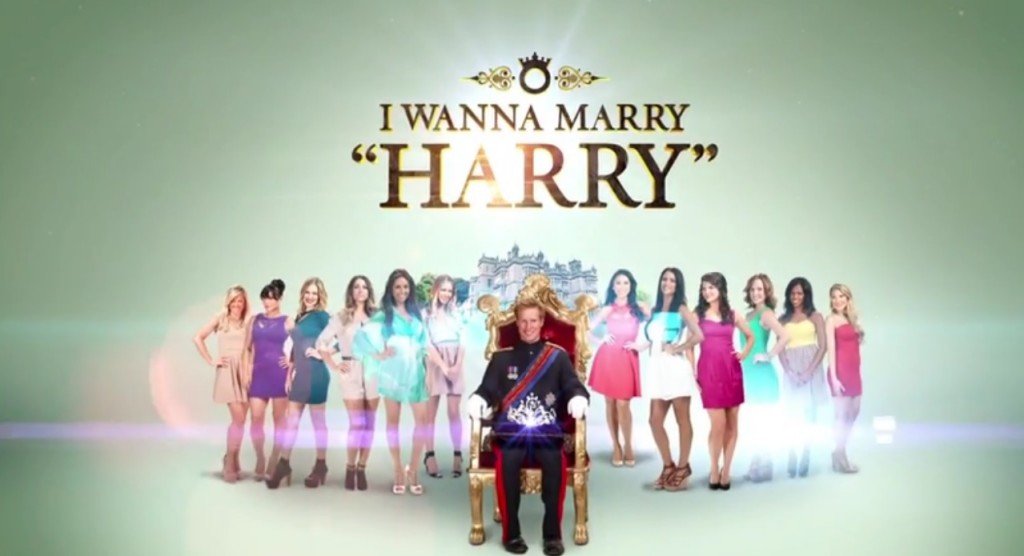 I tried not to watch, I really did. But sometimes a gal needs to watch other gals embarrass themselves on the television, and the only cure is a poorly-premised reality show. If it helps, I skipped the first half hour where we learn all about the first-class cast and dove right in at the very moment our handsome faux prince met the dozen-or-so women who are too dense to know any better.

Faux Harry (Farry? Yes, Farry) catches a lucky break—he meets the woman at a masquerade party that is not even close to a ball, so his not-nearly-as-hot-as-Harry face is hidden from the watchful eyes of a gaggle of drunken 20-somethings whose knowledge of princes begins and ends with Game Of Thrones.

Farry is peppered with questions that he doesn’t want to answer because…he doesn’t want to lie? Which makes no sense. I mean, isn’t that the point? The moderately attractive British ginger pretends to be the severely attractive British royalty in order to woo the stupid Americans whose idea of royalty is Beyonce and Jay-Z, which I guess makes Solange our Harry. ‘murica!

Okay, so now I get it—the women are really, really dingbatty and decide on their own, with nothing more than a head of red hair and a haughty accent, that the man on the reality television show looking for love in the good ol’ U.S. of A. is Prince Freaking Harry.

Some woman named Maggie is drunkity drunk drunk drunk. She’s also orange, and bleached blonde. Oh good! A New Yawker, and of course her name is Kimberly. Eventually the girls take their masks off so that Farry (yeah, I’m really calling him that so just deal) can decide who gets to move into The Crown Suite and who has to go home to their sad little world.

There’s a butlerish-type person involved, which I guess adds to the I AM THE PRINCE HA HA NO I’M NOT BUT REALLY CAN WE HAVE SEX NOW? mystique. He sends some chick in a tacky black dress home for not having enough fun, and keeps someone named Rose who was “loud and brazen,” a trait that is especially endearing and, dare I say, charming? His taste leans in the rode-hard-and-put-away-wet direction, but hey. You work with the reality contestants you’ve been given.

Anyway, this show is about as bad as they get, and the jury’s still out on whether or not it is the good kind of bad, or just plain old brain-rotty. Next week, a show of security to convince the dimwits that this schmuck is a Prince. Sigh.